A win for the Mojave Desert tortoise! 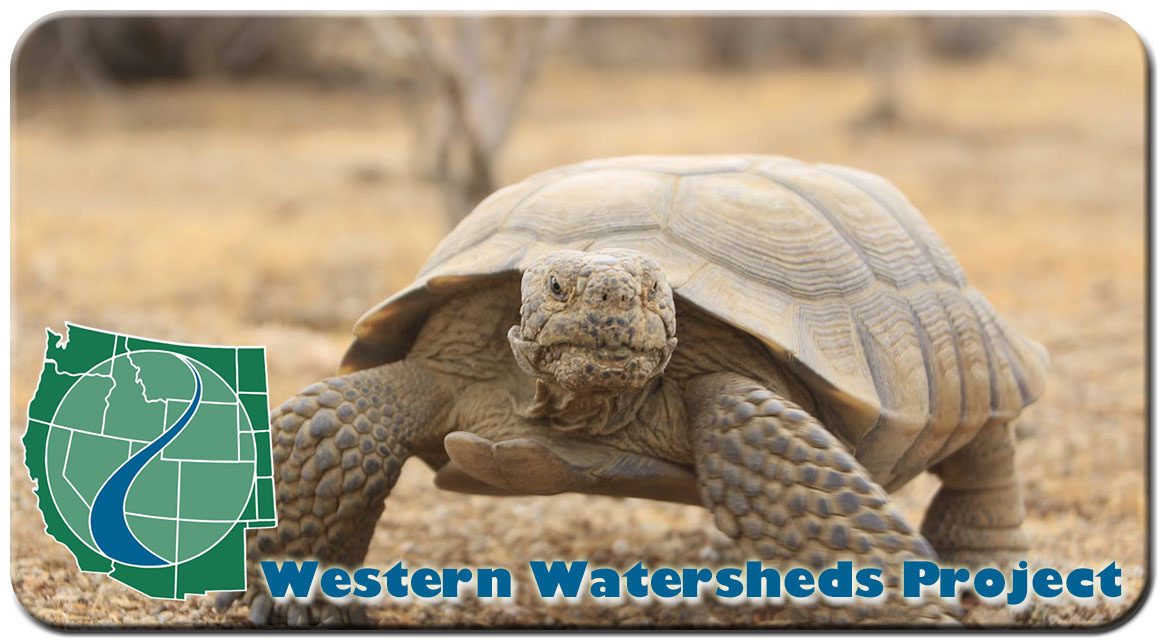 One might think that the U.S. Bureau of Land Management would actually refrain from putting livestock on allotments that had already been permanently closed, but it’s sadly not the case. Fortunately, Western Watersheds Project and our allies successfully appealed the new permit that would have allowed livestock “grazing and trailing” on the retired grazing lands near the Mojave Desert.

The allotment in question was closed to grazing under an earlier agreement to protect the federally threatened desert tortoise and other sensitive plants and animals. The imperiled desert tortoise needs all the help it can get as the species continues its decline. Removing livestock from its habitat reduces direct and indirect threats to these desert dwellers and, under special language in the California Desert Conservation Act, allotments can be permanently withdrawn from the grazing system under willing-seller buy-out.

However, the Bureau decided to split hairs and claim that “trailing” livestock is not the same as “grazing” livestock, despite the fact that trailing livestock can cause great harm to the fragile desert. Western Watersheds Project, Center for Biological Diversity and Wilderness Watch challenged the Bureau’s decision to allow cattle to cross a public lands grazing allotment on the Mojave Desert side of the southern Sierra Nevada mountains — a biodiverse area where the arid desert meets the rugged Sierras. An industrial-scale solar developer had purchased and retired the grazing privileges to mitigate potential harm to sensitive species, including federally protected Mojave desert tortoises, from solar developments elsewhere in the desert.

After we appealed, the Bureau either realized its mistake or realized it would be trying to defend its decision in court, and so the agency withdrew its decision last week. It’s ridiculous that conservation groups had to remind them to honor the “No Grazing” agreement, but it goes to show the necessity of continually monitoring agency actions.