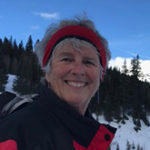 Rose brings a lifetime of conservation work and advocacy. Originally from the eastern U.S., a career with the National Park Service took her from the Rocky Mountains to Utah’s canyons, the Pacific NW and Alaska. Returning to Durango, CO, she helped lead Great Old Broads for Wilderness for 15 years. Rose knows firsthand that effective conservation advocacy creates targets. Witnessing damage across the West on public lands, she is determined to address the travesties of mismanaged livestock grazing.

Bruce maintains a family practice in Jackson, Wyoming and has worked for the U.S. Forest Service in Idaho.  Dr. Hayse earned Master’s degree in plant ecology from the University of Wisconsin before graduating from the University of Oregon medical school.  He  co-founded Earth First! a group that advocated extreme measures in fighting for conservation.

Karen has worked as an illustrator at the University of Michigan, and since 1987, as Principal Illustrator and later Archivist at the Museum of Vertebrate Zoology (MVZ) at University of California at Berkeley.   She helped design and produce a website for the Museum called “Doing Natural History.” 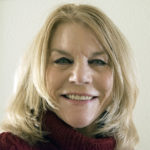 Jackie Johnson Maughan cut her teeth on preserving the Hells Canyon and River of No Return Wilderness areas. She earned her journalism degree from the University of Idaho and worked as a newspaper reporter and editor in Seattle. Upon completing her master’s, she taught writing for many years at Idaho State University. She has been a fire lookout, documentary filmmaker, and local leader in the Sierra Club and Audubon Society. She has published books about the outdoors, women, and conservation, written two novels, numerous essays, and continues to help keep the West as free and wild as possible. 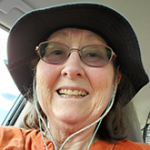 A native of Idaho, Louise was raised in the Klamath Mountains of California. She worked for the U.S. Forest Service (which now pays her to stay away) for 31 years. She lives and writes from eastern Idaho, where she has recently finished her third work of narrative nonfiction.

Join Us In Person!