Two wins to start out the New Year! 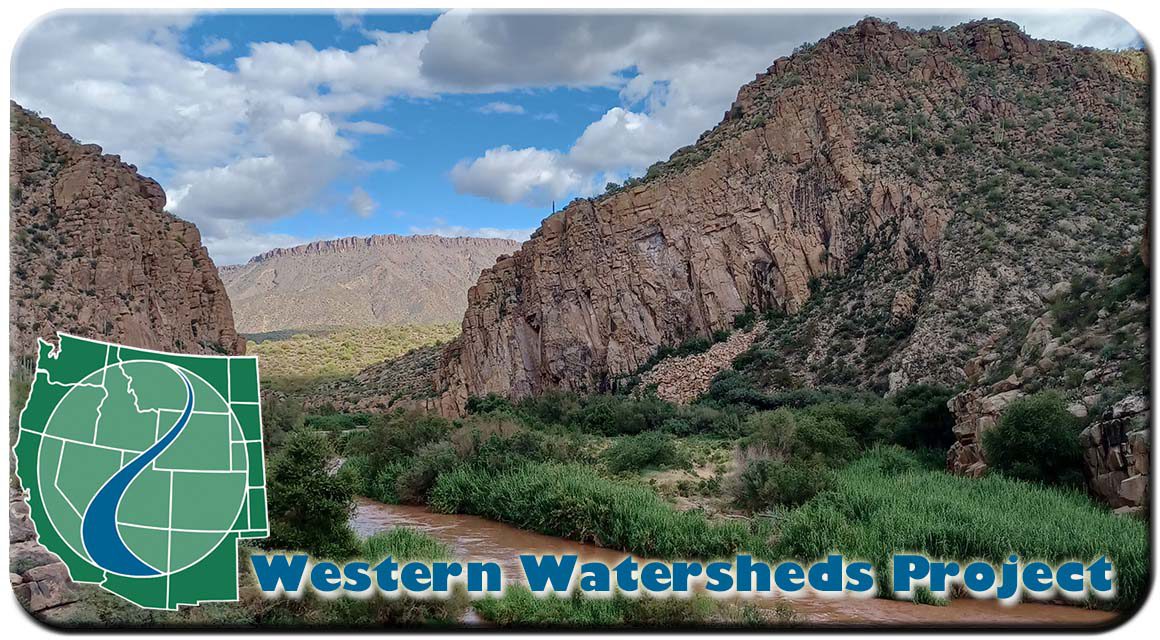 Western Watersheds Project consistently wins across the West, and today we have victories to report in Arizona and Idaho.

First, is the third time a charm for the Hicks Pike Peak allotment in near Phoenix? Two times in two years we’ve successfully stopped the Forest Service’s plans to expand livestock grazing in the Tonto National Forest. This allotment runs along the Salt River Canyon, which happens to be the home the yellow-billed cuckoo, southwestern willow flycatcher, razorback sucker, and the northern Mexican gartersnake.

Well, the Forest Service did try again. This time with even more fencing, troughs, and pipelines, all to facilitate grazing in an area that is ill-suited for the purpose and where livestock trespass into the Salt River on a regular basis. Once again, we objected to the Forest Service’s plan and, once again, the Hicks Pikes Peak livestock decision was tossed out!

Second, a judge has blocked a decision that would have authorized the grazing of over 16,000 domestic sheep on the Twin Buttes allotment in Idaho, a vast swath of public lands nearly half the size of Rhode Island. Under the now vacated decision, sheep would have been turned out to graze throughout the winter on top of what the BLM’s own team of sage grouse scientists identified as one of the most important sage grouse connectivity and winter migration corridors north of the Snake River.

Through the use of radio telemetry studies conducted by BLM and a multi-agency team of sage grouse researchers, it was revealed that every fall, large groups of sage grouse make an astonishing 80-mile migration down from the mountains in the north and into the Twin Buttes area to hunker down for the winter. Surrounded on nearly all sides by agricultural development and other human-caused disturbances, this refuge of public land provides a narrow lifeline to the surrounding mountains, connecting sage grouse with the full suite of seasonal habitats they require.

It was only after a Freedom of Information Act request made by Western Watersheds Project that the existence of this vital migration corridor was even revealed. The BLM reports obtained by Western Watersheds Project lay out in vivid detail both the discovery of this corridor and the subsequent importance of Twin Buttes for overwintering sage grouse.

The recently released Interior Department memorandum directing all BLM offices to protect and restore habitat connectivity for wildlife presents an opportunity for the Bureau to now do the right thing. They must craft a decision for Twin Buttes that incorporates the best available science on sage grouse and make meaningful adjustments to the grazing regime in order to meet this habitat connectivity mandate. WWP will be monitoring and commenting on this process every step of the way to make sure this happens.

For more information about either of these wins, email wwp@westernwatersheds.org.