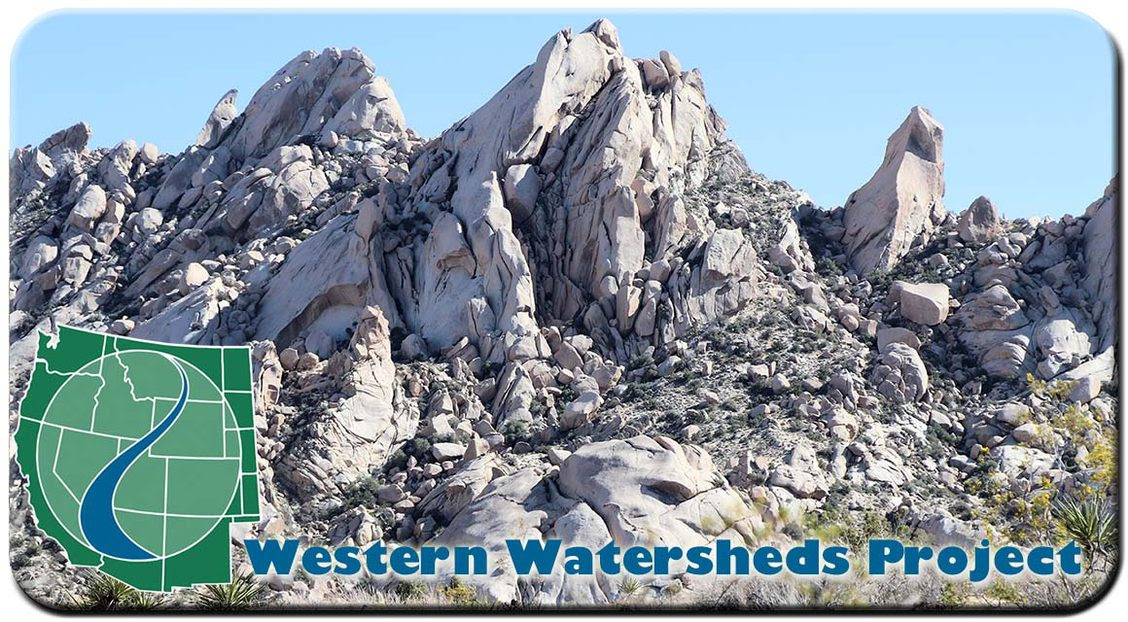 The proposed Avi Kwa Ame (Ah-VEE kwa-meh) National Monument in Southern Nevada contains some of the most visually stunning, biologically diverse, and culturally significant lands in the entire Mojave Desert. Western Watersheds Project has been working to protect this region from development since 2018 and has endorsed the national monument designation.

Today, we’re asking you to sign a petition and add your support for this idea.

Stretching from the Newberry mountains in the east to the New York, South McCullough, Castle, and Piute mountains in the west, these lands feature dramatic peaks, scenic canyons, natural springs, sloping bajadas covered with ancient Joshua tree forests, unique grasslands, and a rich history of rock art and other cultural sites.

The largest area of high quality tortoise habitat in the State of Nevada can be found in the monument, and is contiguous with a large, high-density area in California providing large-scale habitat connectivity needed to save the species. The Monument lands would serve as an important migratory corridor for desert bighorn sheep. The area contains one of the highest known concentrations of golden eagles in Nevada.

The entire area is considered sacred by ten Yuman speaking tribes as well as the Hopi and Chemehuevi Paiute. For the Yuman tribes, the area is tied to their creation, cosmology, and well-being. Spirit Mountain, called Avi Kwa Ame by the Mojave Tribe, is located on the eastern boundary of the Monument. It is designated a Traditional Cultural Property on the National Register of Historic Places in recognition of its religious and cultural importance.

Energy developers recently tried to build a large, 30,000-acre wind farm in the heart of this dramatic landscape and a newly proposed development has heightened efforts to protect the region. Such development would forever scar these valuable lands and degrade their world-class habitat and nationally recognized cultural resources.

More information and a link to the petition can be found here: https://honorspiritmountain.org

We hope you will join us in endorsing new protections for this special place!