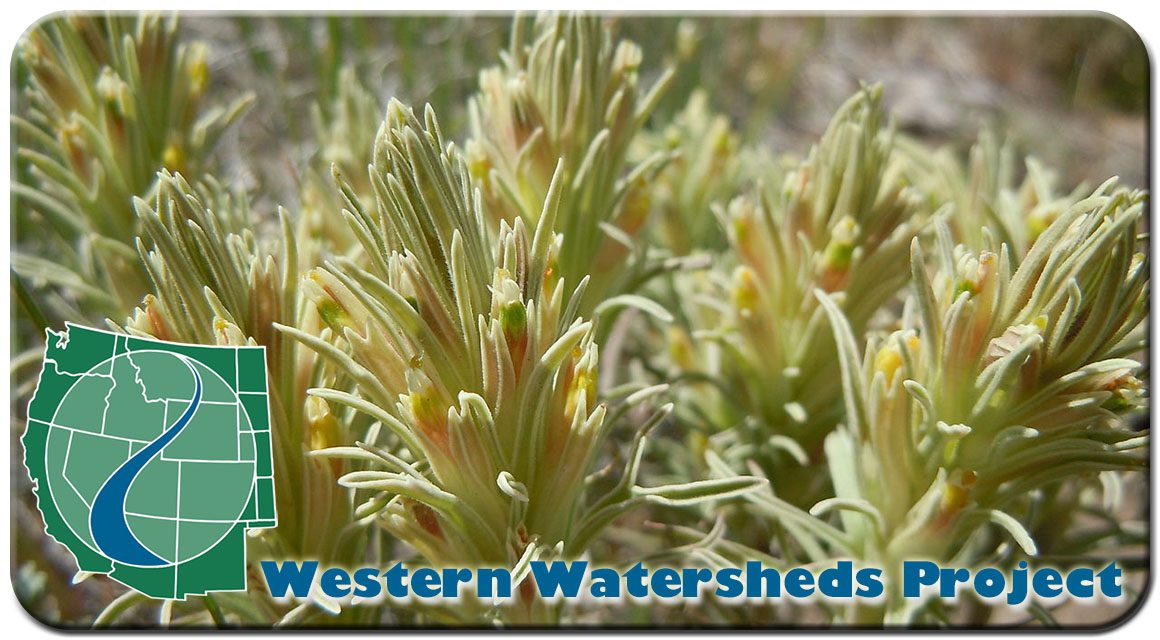 WWP got a key provision for native plants into the Infrastructure Investment and Jobs Act through our lobbying efforts.

The Act includes $200 million to “establish and implement a national revegetation effort on Federal and non-Federal land, including to implement the National Seed Strategy for Rehabilitation and Restoration.” Featuring native seeds. Right now, federal agencies predominantly use non-native invasive weeds like crested wheatgrass and forage kochia for post-fire and post-disturbance reclamation, which is obviously an ecological disaster.

The National Seed Strategy will fund native seed production, significantly increasing the availability of locally-adapted native seed and plant materials for restoration efforts nationwide, including on western public lands. Combined with a further $200 million for invasive species eradication efforts also in the Act, large portions of western public lands could be restored to support natural communities of plants and improve wildlife habitat. The Act also includes significant funding to restore water quality and fish passage on federal lands, requiring the same thoughtful implementation to be effective in the long run.

The Infrastructure bill includes quite a bit of environmentally problematic spending and policy, including lots of funding for ecologically damaging logging in the name of reducing “hazardous fuels” (a scientifically invalid proposition pushed by the timber industry). It also exempts from environmental review “fuel breaks” up to 1,000 feet wide and 3,000 acres in total area, despite the reality that they fragment wildlife habitat, serve as corridors for weed invasion, and do little (if anything) to contain or reduce climate-driven fires. These harmful provisions survived the best efforts of WWP and many other groups to strip them out.

Still, we are pleased to shift funding (and agency priorities) toward restoring native vegetation on disturbed lands, interrupting the livestock industry’s longstanding program of replacing native plants and ecosystems with non-native forage plants useful only for livestock fodder.

The bill has passed the House and Senate and is now headed to the White House to be signed into law.