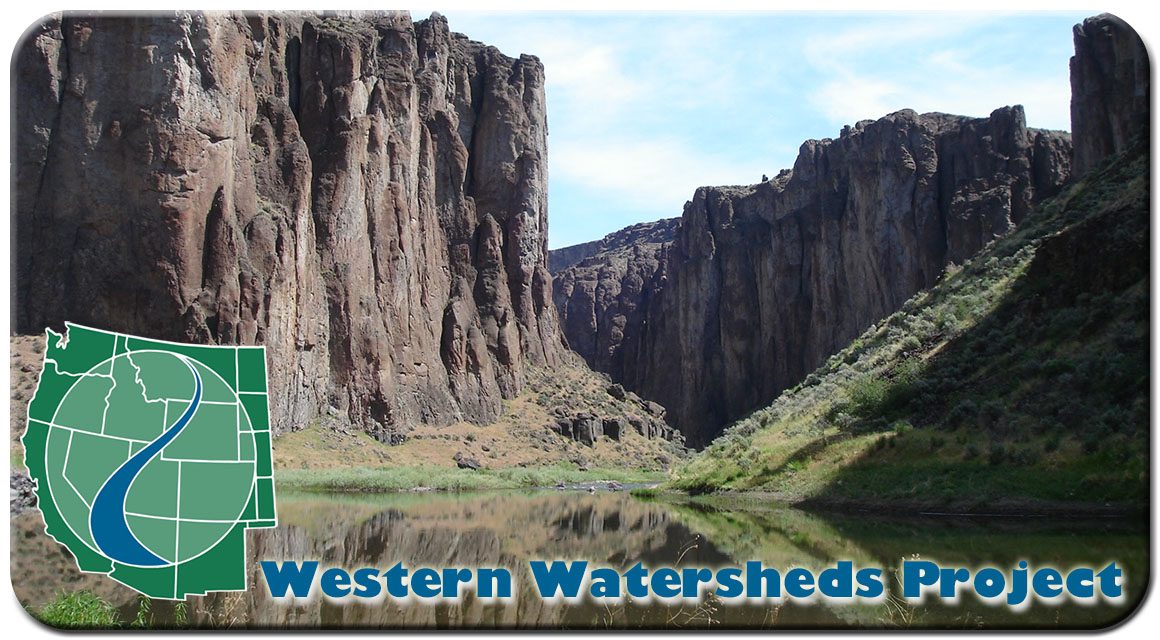 On Thursday, the Ninth Circuit Court of Appeals affirmed that the Idaho ranchers of Hanley Ranch Partnership lost their “grazing preference” when their grazing permit was not renewed for bad behavior on the Trout Springs and Hanley FFR allotments. The decision definitively terminated HRP’s grazing privileges, after decades of permit violations and resource damage from the ranchers’ livestock.

These allotments are within the ruggedly beautiful Owyhee region of southwestern Idaho, precious for its startling ecological diversity.

This victory has been a long time coming. WWP first filed a lawsuit to protect this allotment and others in the Owyhee region in the late 1990s, winning a decisive legal victory in 2000. The U.S. District Court for the District of Idaho ordered BLM to do National Environmental Policy Act (NEPA) analysis for the grazing permits at issue, and imposed interim management standards to protect riparian and upland ecosystems until the process was complete. But, Hanley Ranch continued to flout the permit’s terms and conditions, repeatedly grazing outside the authorized season of use, using more than the authorized amount of forage, and allowing its cattle to stray into areas where they were not permitted to graze.

On the Trout Springs allotment, livestock denuded uplands and streambanks, causing accelerated erosion and damaging riparian functions. Livestock trampled streambanks and increased water temperatures and sedimentation. Livestock harmed native plant communities and spread invasive plants. As a result, the Bureau described habitat conditions for fish and wildlife as “degraded,” and stated that without changes, those conditions “would continue to deteriorate.” The Hanley FFR allotment was equally devastated by cattle grazing. As a result of these violations, WWP sought to protect these public lands once again in a supplemental complaint filed in 2007.

Finally, when Hanley Ranch applied to renew its grazing permit in 2009, BLM denied the application because of Hanley Ranch’s extensive record of permit violations. The ranchers contested the decision before BLM’s administrative tribunal, the Office of Hearings and Appeals, which affirmed BLM’s decision, officially ending Hanley Ranch’s grazing privileges in 2013.

Hanley Ranch and the Corrigans then filed a joint lawsuit, seeking to overturn this decision. WWP intervened on behalf of BLM. The Idaho district court affirmed and the ranchers appealed to the Ninth Circuit. The Ninth Circuit also affirmed.

As part of its decision, the circuit court quoted WWP’s brief: “As WWP points out, ‘[a]ccepting Ranchers’ theory would mean that a rancher whose record of performance disqualifies it from holding a grazing permit nevertheless could hold a transferable, non-expiring privilege to stand first in line for a new permit.’ We agree; this interpretation makes no sense.”

The court added, “it strains credulity that a former permittee such as HRP – whose permit the BLM declined to renew after “numerous and continuous instances of non-compliance” – should retain a preference right that it can transfer to a party of its choosing.”

The Ninth Circuit’s opinion is a win for the public lands, confirming once again that grazing is a privilege, not a right, and that the privilege can be lost if abused. We hope that last week’s win will empower BLM to stand up as a steward for public lands.