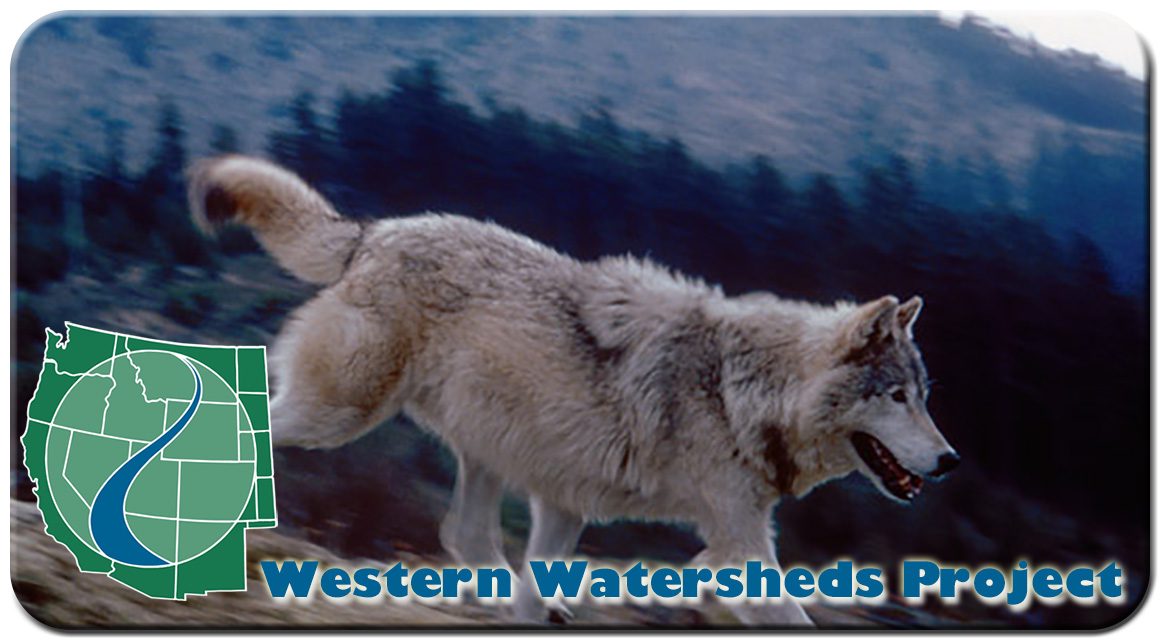 This week, the U.S. Fish and Wildlife Service announced that Western Watersheds Project’s petition, along with a second petition authored by other environmental organizations, presents sufficient information to compel the agency to consider listing the gray wolf (Canis lupus) in the West under the Endangered Species Act. In its finding, the Service expressed concern about politics-driven management in Idaho and Montana that allows for virtually uncontrolled slaughter of these majestic wild animals.

It was this extreme extinction agenda that compelled Western Watersheds to draft our petition, and to invite 70 conservation and animal welfare groups to join with us in asking the agency to list the wolves again. In response, the federal government has taken this important first step toward wresting the authority to manage wolves away from these three state governments.

Wolves have been subjected to misunderstanding and prejudice for eons, dating back to the dawn of European culture. For instance, the livestock industry, which bears the bulk of the responsibility for driving wolves extinct across North America historically, now vilifies wolves as an existential threat to their industry even though wolves eat a small proportion of cattle and sheep each year.

In contrast to the myths, the real wolf is an essential and integral part of western ecosystems, bringing balance and restoration to degraded lands. It’s not just that wolves are native wildlife with a basic right to inhabit their ancestral homelands, but also wolves make the whole community of life – as well as the human experience – richer with their presence.

The rekindled war on wolves waged by anti-wildlife ranchers and their allies has created an ecological emergency, and in response the Biden administration could have, indeed should have, immediately put in place an emergency listing to block the killing of wolves. That didn’t happen. Nevertheless, the U.S. Fish and Wildlife Service is now on the road to decide in the next 12 months whether new threats to wolves warrant a return to the Endangered Species list, which would make killing, harassing, trapping, shooting, or wounding a wolf a federal crime.

If our petition is granted – and this week’s positive 90-day finding is a good sign it will be – federal protections would apply to Idaho, Montana, and Wyoming where the majority of the wolf population occurs.

The weight of evidence in our petition shows that core wolf populations in Idaho, Montana, and Wyoming are under dire threat without adequate regulations to protect them.

In light of these facts, the U.S. Fish and Wildlife Service will have a legal responsibility to grant wolves the protection they deserve.

In the meantime, WWP is committed to pursuing other legal remedies to protect the wolf from state and federal agencies, and we will be continuing to keep up pressure on the Biden administration to follow the law. We remain engaged in a lawsuit to overturn the Trump Adminstration’s unlawful 2020 wolf delisting decision, and we’re taking other actions to ensure wolves are protected.