Those leases were enabled by two Trump polices, one directive rolling back hard-won compromises to preserve dwindling sage-grouse populations across the West and another that cuts the public out of oil and gas planning on public lands.

“Trump can’t ignore the law to fulfill the fossil fuel industry’s wish list,” said Michael Saul, a senior attorney at the Center for Biological Diversity. “There’s no scientific or legal support behind these policies, and no public support for them either. They’re clearly intended to make fossil fuel development the dominant use of public land, and that’s illegal.”

This lawsuit also marks the first legal challenge to the Interior Department’s controversial January policy that slashed transparency, public participation and environmental reviews before oil and gas leases are auctioned. The policy, together with the massive leases in sage-grouse habitat, are part of Trump’s “energy dominance” agenda, intended to sweep aside environmental protections to speed fossil fuel development on public land.

“The Trump administration is violating bedrock environmental laws and wrongly excluding the public in trying to open every inch of our public lands to the oil and gas industry,” said Laird Lucas of Advocates for the West, lead attorney on the case. “Sensitive wildlife, like the iconic sage grouse, face irreparable harm. We are asking the federal court to enforce the laws on the books and protect our magnificent public lands from these unlawful actions.”

Under land-use plans adopted in 2015, the Interior Department is obligated to focus fracking and drilling leases outside of sage-grouse habitat. Those plans are intended to prevent the bird’s decline and preclude its protection under the Endangered Species Act. A BLM directive effectively eliminated those sage-grouse agreements. Today’s lawsuit targets oil and gas lease sales in Nevada, Utah, Wyoming, Idaho and Montana.

“This is a battle for the American West, and we’re not going to stand idly by while the oil industry destroys our public lands, wildlife habitats and quality of life again,” said Erik Molvar of Western Watersheds Project. “The one thing the Obama administration got right, amid all the compromises in their sage-grouse plans, was to shift oil and gas leasing and development away from sage-grouse habitats, because you can’t destroy sage-grouse habitats if they’re never leased.”

Under Zinke the BLM has ignored the 2015 policies, built into 98 federal resource-management plans in 10 states, and put nearly 2 million acres of habitat on the auction block ― more than 1.3 million acres in 2018 alone. Zinke vowed to undo the 2015 plans despite support from western states and scientists who helped the BLM write them. 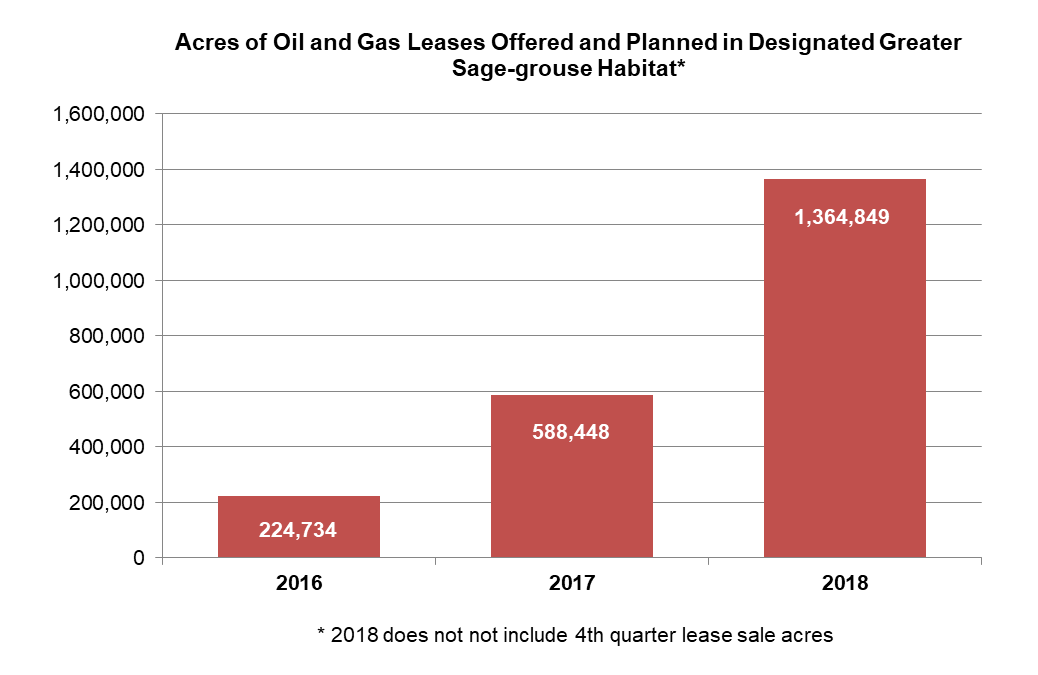 Advocates for the West attorneys Laird Lucas, Talasi Brooks and Todd Tucci are representing Western Watersheds Project and the Center for Biological Diversity in today’s lawsuit. 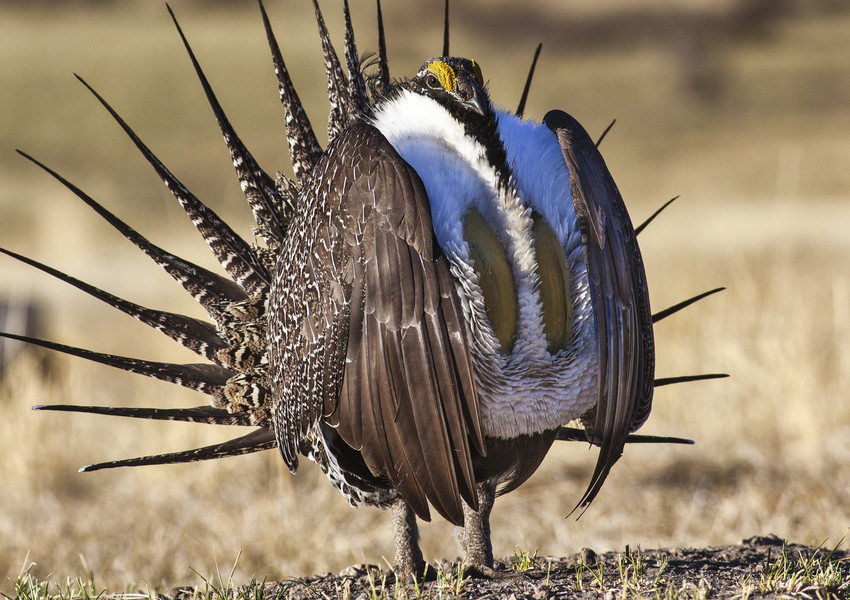 Greater sage grouse photo by Bob Wick, BLM. This image is available for media use.